From the heart of winter to the height of summer, there’s always something to do in Ashland County—whether you’re lucky enough to call this place home or you’re paying us a weekend or weeklong visit!

And what’s really irresistible about the deal is the diversity of offerings, both in terms of experience and tempo. You can slow down here and appreciate the restful serenity and genuine neighborliness all too often lacking in bigger, busier locales. But for every farmland drive and forest campout there’s a cultural festival, sporting event, and boutique storefront to tempt you. The country and the cosmopolitan sit side-by-side in Ashland County: It’s no stretch to say there’s something for everyone.

Downtown Ashland makes a fine launchpad for any visit to Ashland County. The city matches its varied lineup of cafes and eateries with a broad gamut of stores: from national chains to boutiques and mom-and-pop outfits. And if you’re looking to get out and enjoy our forests, fields, and rivers, beeline for Fin, Feather, Fur Outfitters, an outdoor superstore beloved by hunters, anglers, campers, and other sportspeople.

Speaking of, opportunities for outdoor recreation come easy in Ashland County. The Ashland County Park District manages a slew of beautiful sites for hiking, birdwatching, and other nature appreciation: from the deep woods of Pine Hill Park to the wildlife-rich marshes of the Esbenshade Wetlands. To the south, meanwhile, Mohican State Forest and Mohican State Park offer several thousand acres made for adventure.

As Ashland County residents well know—and delighted visitors discover every year—you needn’t travel to Cleveland or Columbus for top-tier cultural fare: We’ve got it right here, homegrown and world-class. The Ashland Symphony Orchestra has been wowing audiences for nearly half a century, while we boast our very own dance studio in the Ashland Regional Ballet. And outdoor concerts at the Guy C. Myers Memorial Bandshell are a cherished summertime tradition.

Festivals and Other Signature Events

There’s no such thing as an uneventful month in Ashland County: We may do "tranquil," but we don’t do “dull.” The jam-packed calendar ensures you’ve got fine choices any time of year. 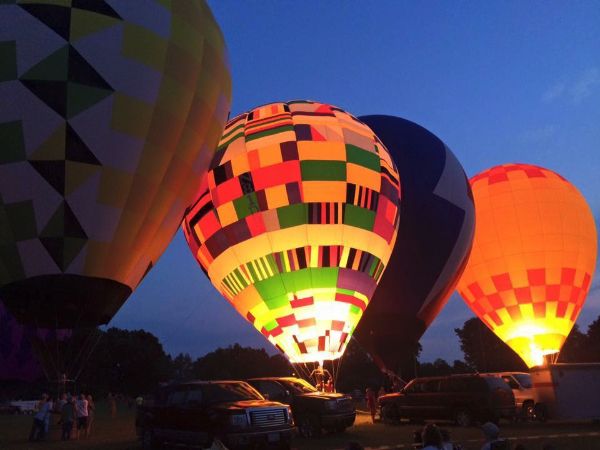 One of our best-known annual shindigs is BalloonFest, which helps mark the Fourth of July holiday. There’s nothing like watching an entire fleet of hot air balloons take to the skies for the morning launch—or the mesmerizing nightly spectacle of the Balloon Glow Encounter.

The past comes very much alive at the Ashland Chautauqua, which features actors portraying historical figures who span the globe and the eras (depending on a given year's focus). The Chautauqua's annual themes cover some impressive territory— always with the same commitment to education and entertainment. 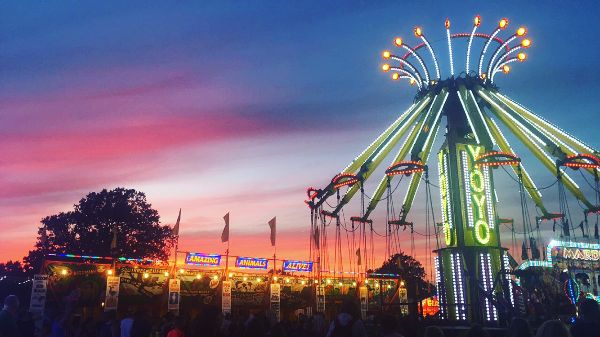 The Ashland County Fairgrounds, meanwhile, are a major hub of activity. We’re lucky to lay claim to a genuine old-fashioned Midwestern country fair with all its trappings, but that’s far from the only action at the fairgrounds: There are horse shows and auctions scattered across the year, plus a whole host of other exhibitions and events.

And, importantly, our county’s indigenous heritage is still alive and strong, as the Great Mohican Pow-Wow wonderfully demonstrates.

We’ve only scratched the surface of the local attractions:

What about autumn corn mazes and Ashland University football games? Or daylong drives through Amish country? Well, check out our free visitor’s guide for a more thorough overview, and make Ashland County the destination for your next getaway!